And Abraham planted a tamarisk-tree in Beer-sheba
-Genesis 21;33
One of my Facebook friends is, in fact, a Facebook stalker. S/he never posts or comments. Ever. Yet, I know that s/he is following posts because every once in a while, I receive an email: "Great pictures!" "It sounds like you had fun!" or something like that.

Nonetheless, I was slightly surprised when I received an email a couple of weeks ago: "Did Beer Sheva win some game or something? I saw pictures.".

I answered him/her: "What? you couldn't hear the celebrations in the Old Country? The Beer Sheva Football  (aka soccer) Team won the National Championship."

Now, some of you out there in non-Beer Sheva Land might think that this is not a big deal. But I assure you, this is a VERY big deal. This accomplishment is on par with the Apollo moon landing, the invention of the telephone, and almost as amazing as Adele coming out with a new song.

100,000 people came out to celebrate the win. That's more than 1 out of every 3 Beer Shevaies, if you take into consideration that not a few of those celebrating don't even live in the city.

The last time Beer Sheva won the national championship was in 1976.The stadium didn't have any seats. The fans sat on sand dunes. 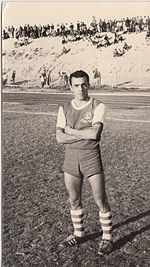 I'm not sure who the dude is, but in the background you can see the fans sitting on sand dunes.

HaPoel Beer Sheva has been playing - off and on- since 1949. Apparently, all 300 families who lived in the city then would come out to see the games.

It's not just that Beer Sheva is one of the oldest cities in the world. Let’s put aside that Avraham, Itzhak, and Yaakov, our forefathers, all lived in Beer Sheva; that its history spans four millennia.
And it's not because that today, 4000 years after the first tree was planted, Beer Sheva is the cyber capital of the country, and a global cyber powerhouse. It doesn’t affect me personally, though it is a source of pride. An enormous Hi tech park – Gav Yam Negev – has been built, which serves dozens of international companies.

It used to, but it no longer bothers me that Beer Sheva is not an outwardly beautiful city. Certainly, when we arrived here in 1985, there was little to see, except vast views of desert. My most favorite spot in the city was a graveyard. The city is dusty, the colors are faded because of the almost perpetual sunshine, the sidewalks are dotted with dog poop. It's true that in the peripheral neighborhoods the roads are more exotically dotted with camel and donkey poop.

Beer Sheva has the desert (much of which is in my living room), and the largest number of Ottoman-era buildings in the world outside of Turkey, which are, slowly, one at a time, being renovated.

Also, Beer sheva claims the largest number of chess masters per capita in the world.

On top of all that, we have fountains.

I was against the fountains when they first started to pop up on every corner. In a country where water preservation is an integral part of daily life, I thought it morally wrong to decorate with water. However, they began to grow on me. The fountains use gray and recycled water, so it’s not really a waste. In addition, Israel, in the last few years, has begun to desalinate its water, such that we have enough and can even afford to decorate with water. The fountains are now a symbol (to me anyway) of Israel’s amazing technological advances, its triumph against all odds. Also, the fountains are lovely. A bit kitschy perhaps, but lovely. 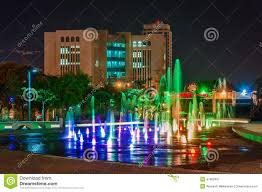 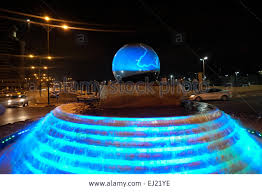 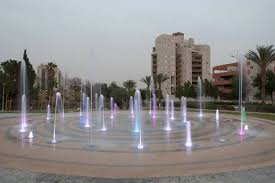 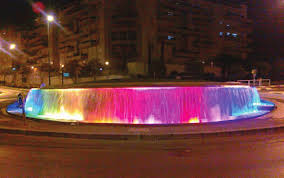 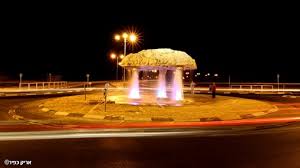 And while Beer Sheva is the home of Glida Beer Sheva and the Grand Kanyon, and this is truly very important (the former much more so than the latter, though the latter includes the former), this is not the reason that I am a diehard fan of Beer Sheva.

And never mind that Beer Sheva is where my children were born, and they grew up in its streets and schools and neighborhoods.

I have seen Beer Sheva grow from a town of 60,000 to a metropolis of more than 200,000.
I have watched whole neighborhoods spring up seemingly overnight.
I have seen educational institutions, cultural establishments, community centers, and shopping areas multiply and flourish.
Nonetheless, the innate character of Beer Sheva, despite its phenomenal growth, has remained the same.

There is little sectarian separation here, as you find in other large cities. There are no homogenous neighborhoods.

What there is, is a deep sense of community. There is open-mindedness. There is no 'looking over one's shoulder' to make sure a person fits into the box they should be in. As a religious person, I have very seldom felt any prejudice against my way of life. Nor is there any religious coercion to change the secular way of life.

Compromises are always found because of the good will that is shown on everyone's part.

For more than 60 years, Beer Sheva was always considered a 'safe' part of Israel. With the Cast Lead War, Beer Sheva was suddenly on the front lines. This was followed by Operation Pillar of Defense , and Protective Edge.  Since December 2008, hundreds of missiles have been shot at Beer Sheva, thousands througout the Negev. Yet, throughout all the operations, and wars, and attacks of the last eight years, Beer Sheva has stood strong,

This is Israel. Life isn’t always easy. In fact, sometimes, it’s damned hard. We are under constant attack. It’s hard to make a living. The streets are full of sand. It’s hot. אבל אין מה לעשות. There's nothing we can do.  But, here in Beer Sheva, the feeling is we’re all in this together. There’s enough sweating going on, no need to sweat the small stuff. 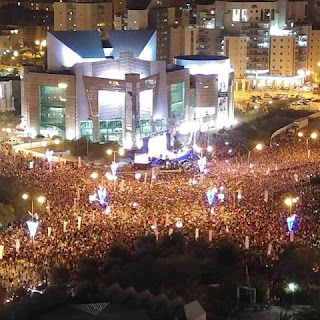 Beer Sheva is not on many tourist routes. In fact, there is little infrastructure for tourists. We only have one half way decent hotel. Other than the fountains and the Ottoman buildings, really, there is little to see.

In the meantime, come and visit. Play some chess. Kick around a football. Wade in the fountains. Have some ice cream.