Anyone who doesn't believe in miracles is not a realist.

I meant to write this yesterday, but never got around to it. That’s ok, today is good too. Just that yesterday was the first day of the Hebrew month of Iyar. 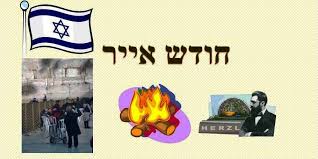 The word Iyar, which is Babylonian in origin, means to illuminate or to glow or to radiate. An acronym of the Hebrew phrase Ani Adoni Rofecha (אֲנִי יְהוָה, רֹפְאֶךָ I am G-d your healer, Exodus 15:26), Iyar – connecting the month of Nisan when the People of Israel left Egypt to become a nation, and the month of Sivan, when they received the Torah from G-d – is considered to be the month of natural healing, i.e., healing by the light of G-d. It is also known as the month of redemption.

The first Rosh Chodesh Iyar after the Exodus from Egypt found Bnai Yisrael at the waters of Marah. After wandering for a week after crossing the Reed Sea (amidst wonders and miracles), Bnai Yisrael finally came upon water in the vast desert, only to find it undrinkable. Moshe turned to G-d to ask what to do, and G-d told Moshe that, if he threw a branch of a nearby growing tree – which in itself was bitter - into the water, the water would become sweet. 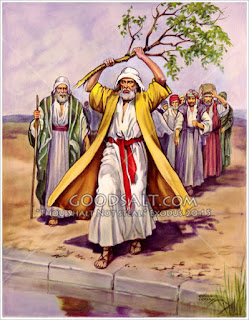 There are so many questions that can be asked here. Why didn't G-d just go poof and make sweet water? Why didn't G-d just provide sweet water to begin with? And maybe the most puzzling, how is it that something bitter (the branch) added to something else bitter (the water) makes the water sweet. And why did Moshe have to throw the branch into the water. Why didn’t G-d just blow it in Himself?

There are many explanations for these questions, but the one I'm going for is this: Sometimes in order to achieve sweetness, we need a dose of bitterness. And sometimes we have to do it ourselves. In other words, some great things don't come easy. Think birth.

The prayer for the State of Israel uses the phrase 'the beginning of the flowering of our redemption (ראשית צמיחת גאולתנו). Rav Avraham Itzchak Kook was the one of the first modern Zionists to say that the Jewish return to the Land was the mark of the coming of the redemption.

The Rambam says that the one difference between the beginning of the Messianic age (the age of redemption) and normal times is the sovereignty of Israel. There will not necessary be great miracles, such as parting seas, or plagues, or walls falling at the sound of the shofar; there will not necessarily be peace, but the fact that Israel is sovereign in its land will be the sign that the beginning of the redemption has come.

Rabbi Akiva believed that Shimon Bar Kochva was the Messiah. Bar Kochva was not known to be a particularly charming fellow. Mitzvot were not necessarily high on his to-do list. He was big and strong, and a great and brave general and warrior. But he never changed water into wine, nor was he a Talmid Chacham. Yet Rabbi Akiva (and other great Rabbis of the day) believed, until the end, that Bar Kochva was the Messiah. What caused him to believe this? The answer is that Bar Kochva liberated Judea from the Roman conquerors for a short period of time. And Rabbi Akiva knew that a sign of the beginning of the redemption is sovereignty of the Jews in the Land of Israel.

On the face of it, the establishment of the modern State of Israel was a long, difficult, and man-made process. Thousands died from disease and Arab terrorism. Jews lived and worked in cruel and bitter times. They worked and died to establish the state.

But there were an awful lot of miracles along the way.

After the Holocaust, then American President Truman wanted the British to allow more Jewish refugees to enter Palestine. The British didn't want that and turned to the UN for an answer. Instead of siding with the British against more Jewish Aliyah, the UN voted on a partition plan. Just the fact that the vote took place was a miracle. But the fact that the vote passed – with East and West both voting for – can only be seen as G-d's hand. What other state on the face of the earth was given independence so that people who didn’t live in it, and had never been there could return to it.

As to the partition plan itself; the original plan left out of the Jewish state the towns of Nahariya, Ramle-Lod, Beersheva and much of the Galillee. It left Jerusalem as an "international city" under the auspices of the UN. It left completely indefensible borders, a state too small for its citizens. Yet, the Jewish leaders accepted the plan, wanting only a state of their own, no matter what the price.

Let's remember what happened. On the 5th day of the Hebrew month of Iyar in the year 5708 since the creation (May 14, 1948), David Ben-Gurion decreed the establishment of the State of Israel in the Land of Israel. On the 6th day of Iyar, Arab armies invaded Israel, despite the desire of the Jews to live in peace in a truncated state. Despite the Arab superiority in numbers and arms, resources and land, despite the world's ambivalence towards Israel, even though they had voted for the state, despite all the odds, Israel won that war, and succeeded in expanding the borders to include Ramle, and Nahariya, and Beer Sheva, all of the Galilee and at least a small part of Jerusalem. How can we interpret this as anything but a miracle?

More than 6000 people died in that war, may their memory be a blessing. That represents1% of the total Jewish population of the Land at the time. Today, it would be equivalent to 65,000 people. But from that great bitterness, came the sweetness of independence, the chance for Israel to come home to their Land. A miracle happened when a part of Bnei Yisrael returned to a part of Eretz Yisrael and became a sovereign nation.

Let’s skip forward 19 years to June of 1967. For weeks, Arab radio was broadcasting the imminent destruction of the State of Israel. They described how Jewish blood would flow into the sea. Around the world, international media was already writing obituaries for the state. But early one morning in June, within a few hours, the Israeli air force, maybe one tenth the size of the combined Arab air forces managed to wipe out just about all of both the Egyptian and Syrian fighter planes. With ownership of the skies, the Israel armed forces conquered territory undreamed of only a few weeks earlier. And then, if this was not miracle enough, another. Despite begging Jordan to stay out of the fight, King Hussein decided to believe the false reports coming from Cairo, that Tel Aviv was about to fall, and all “Palestine” would soon be in Arab hands. Wanting to get in on the spoils, Hussein attacked.

There were no plans of entering Jerusalem. The army had no provisions for entering Hebron, or Beit Lechem, or Gush Etzion. But pushed into an unwanted war, Israeli soldiers entered and liberated these holy places. Tears running down their faces, these kids – few religious, almost none had ever seen the Kotel, or knew of the sacredness of Hebron – ran, unheeding of the bullets that were flying around them. Some spark, some genetic memory made them go on, to liberate those places which had never left their hearts. 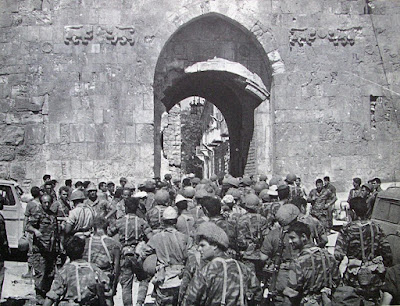 Hundreds were killed. But the Holy places of Hebron, of Schem, of Beit Lechem and others were in our hands. From great bitterness to miraculous sweetness. And we celebrate the 28th day of the Hebrew month of Iyar as Jerusalem Day. 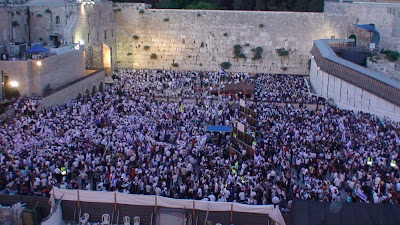 The miracles continue. During the Yom Kippur war soldiers deployed on the Golan reported that Syrian troops were advancing and, being seriously outnumbered, they had no way of stopping them. The Israelis were afraid that the Syrians would overrun them, and conquer Tiberius and, from there, all the Galilee. And suddenly to the astonishment of the soldiers, the Syrian tanks stopped. After a while they turned around and retreated. This part is documented. What isn’t widely known is that, later, when Syrian soldiers were interviewed and asked why they retreated, some of these battle scarred men answered, “I would like to see you cross the Syrian Mountain line if you saw an entire line of white angels standing on the mountain line.” 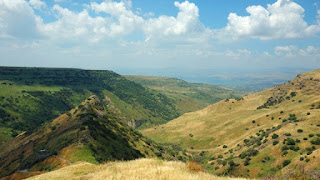 Over the years, more and more and more miracles have been reported; bullets just missing, empty houses bombed, the Hand of G-d seen everywhere.

After the greatest desecration of G-d's name – the destruction of European Jewry – came the greatest Sanctification of His name – the establishment of the State of Israel in a part of the Land of Israel;  Jewish sovereignty after 2000 years of exile, humiliation, persecution, forced conversion, and mass murder.

This week, I attended  memorial ceremonies on both Holocaust and Heroism Remembrance Day, and The Day of Remembrance for the Fallen Soldiers of Israel and Victims of Terrorism at Ben-Gurion University of the Negev in Beer Sheva.
Above me, flew the flag of Israel and the flag of the university, both at half mast. My eyes teared and overflowed at the thought of the worlds that has been lost. But looking again at the flags, I realized what a miracle it all was. Here I was, sitting in a University, whose student body totals more than three times the entire 1948 population of Beer Sheva (none of whom was Jewish), a city that was not even supposed to be a part of the state.

Miraculous sweetness.
May we all be healed by the light of G-d in this month of redemption. 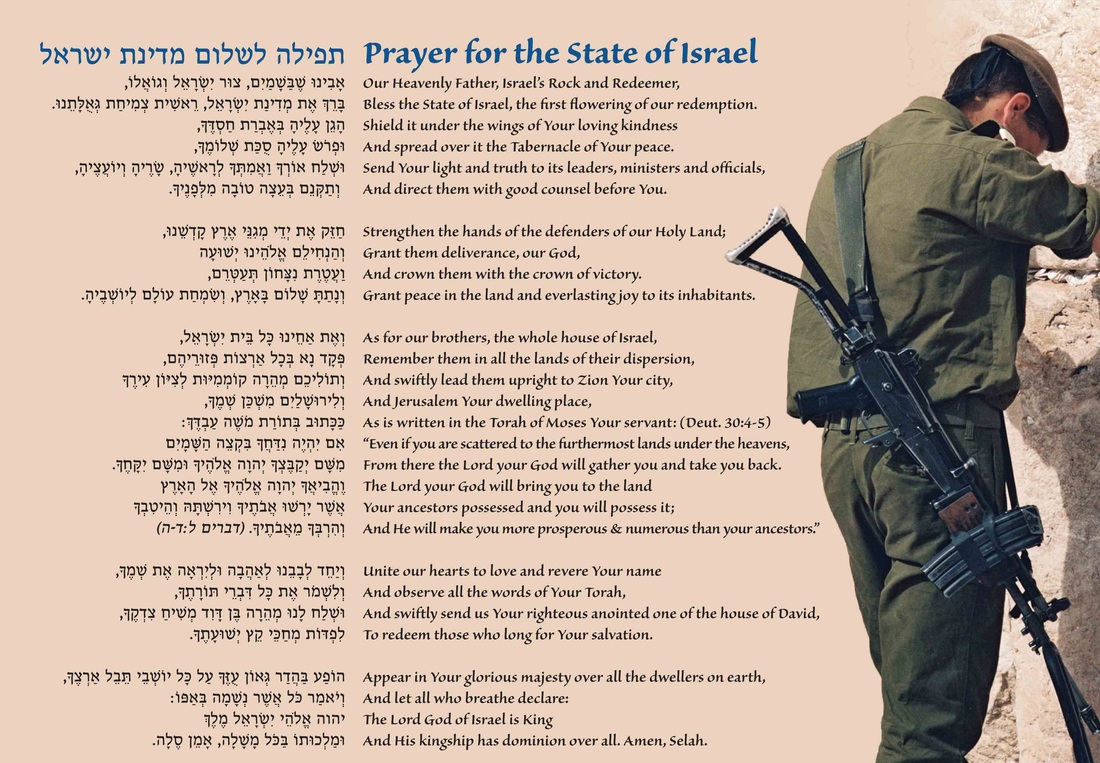 Posted by Reesasworld at 6:05 PM