Launching in the Negev

So in Europe, we had empires. Everyone had them - France and Spain and Britain and Turkey! The Ottoman Empire, full of furniture for some reason.
-Eddie Izzard

A couple of weeks ago, my friend M invited me to an event her workplace was hosting. “It’ll be fun,” she said, “there will be a lot of people, and the building is gorgeous. It’s a Beer Sheva thing. And then you can blog about it. Because you love Beer Sheva, right?”.

(I need to stop right hear and clarify something. M didn’t actually say anything at all. She wrote me an email, inviting me to an event, saying it would make a great blog. I added the rest to make it interesting – kinda like the wet fish that hangs on the wall).

The truth is, I was intrigued. M works in resource development for an NGO called Tor HaMidbar, which can be loosely translated as ‘it’s the desert’s turn’. I wasn't sure exactly what it was that Tor HaMidbar did, but I knew that it is situated in a recently renovated Ottoman building across the street from the IDF's Southern Command Headquarters. I had been in the building once before, and I was anxious to visit again. I love the Ottomans.


The evening arrived, I put on my party shoes, and off I went.

Right in the middle of Beer Sheva's Old City is the Estee Lauder Employment Center. I can't find any link for it on Google, and I'm a master at googling, right up there with being a master at napping (my 4th best thing), so you will have to take my word on the next few sentences I'm about to make up.

The Estee Lauder Employment Center is set up as a hub to help people in the south find local employment. Different organizations are situated there. Ben Gurion University has an office to match graduates with available jobs. Tor HaMidbar, as I understood, assists young entrepeneurs with an 'idea' to bring that idea to fruition. They sit with the person and build a business plan, figure out how much money is needed, time, personnel, etc. After the business is launched, they will even take it to the next level, and try and build tourist trade.

The event M had invited me to was a 'launch' (I had originally hoped that that was typo with an extra 'a', but it was in the evening, so no...). 17 young entrepreneurs had brought 13 different and varied ideas for businesses to the final stages, and 'launched' them that evening. The businesses were as diverse as could be; a dancing school for those who with limitations, a beer club, a hotel/hostel,  rented work spaces, etc. etc.

I don't know much about business plans or money.  There were other writers/journalists there, responsible people who get the facts right. Suffice to say, I was not among their number. I was, however, just about the oldest person there. Perhaps this should have bothered me , but I found some friends to hang out with, and they didn't seem to mind that I was more mature than they, so why should I? Also, there was wine.  And, more importantly, cheesecake.

And there was the building. That's what I went for. The building had, for years, stood abandoned. It had been decrepit. The windows were broken.
Actually, I don't know if all that's true. I can't remember what was there before. It might have been a falafel stand. It certainly wasn't beautiful though. Like much of Old Beer Sheva (old being 120 years, not 4000), the building has been fully renovated, but has remained in the style of the Ottomans, down to the furniture. 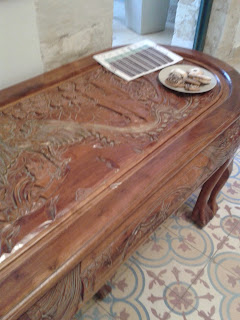 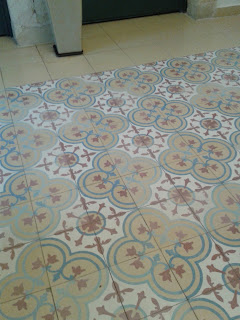 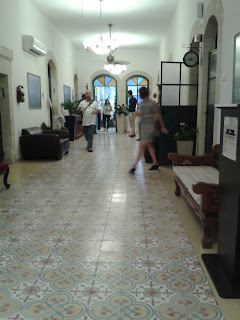 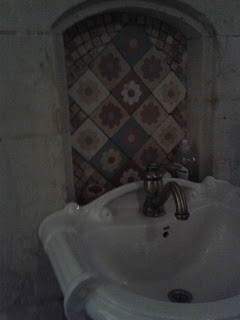 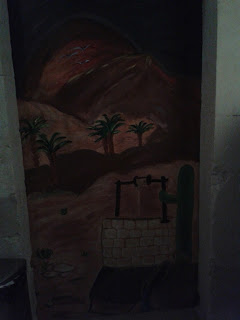 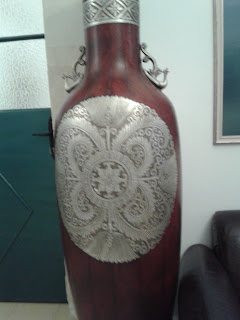 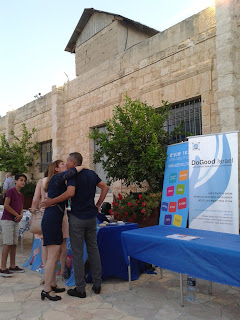 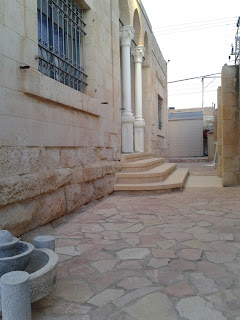 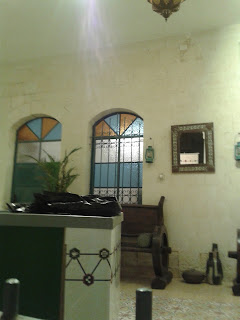 Ok. not the greatest of pictures. They were taken with my phone.
You get the idea.

Here's the point of this blogpost: Beer Sheva and the Negev is a great place to live, and not just because of the ice cream. People, after graduating University, after finishing the army, after growing up,  want to stay here. But to stay here, one needs a job. Therefore, to make it possible for people to stay here, NGOs have been created to help people help themselves, to create a business, to find a job, to make a life.

There's no question that the Negev is going to be the place to be within the next few years.
It's the desert's turn. 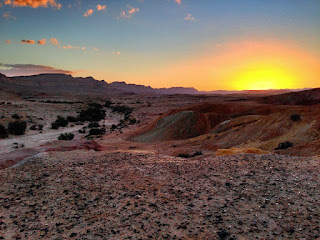 Posted by Reesasworld at 8:00 PM