Banquets and the Jewish Question

For approximately 10 years, Beer Sheva's Rosh Chodesh Women's Club has held monthly meetings on the first (more or less) of every Jewish month.  The evening takes place in the home of one of the participants and comprises a dvar Torah, a 'lecture' by a 'guest speaker', food, shmooze - but, unfortunately, no booze, It's open to all women of all ages, sizes, nationalities, religious pursuasion, educational level, and fashion sense, Every once in a while, I've been honored to be asked to give the dvar Torah. Last night, Rosh Chodesh Adar B, was one such time.
I haven’t given a dvar Torah at the Rosh Chodesh Club in a long time. This month, I agreed because Adar is such an easy month. There are so many things to talk about – so many themes and subjects. There’s Rosh Chodesh itself, Purim, the megillah, happiness (שמחה), good and evil. No shortage of things to talk about.
Seeing as I had to limit myself in time before people fell asleep (it was after all Thursday night), I decided to speak of a very important issue.
Food.
Everyone likes food, so it’s a good subject. So good in fact, that I'm sharing here what I said last night. More or less. I embellished a bit as I spoke, and forgot to say other bits. Also, as I spoke, I couldn't really link to sources; therefore I've left out sources here too. You'll have to trust me. If you were in attendance at last night's Rosh Chodesh party, this may clarify some of my rambling.
The following is roughly what I said:

Purim is the quintessential definition of:

They tried to kill us, we won, let’s eat.

But actually, food and drink is prevalent throughout the Megillah. Perhaps most importantly, Purim is the only holiday for which we invented a cookie named after the chief villain. Which is, in fact, a bit creepy.
Let’s start with the fact that there are a whole bunch of banquets (משתה).


In fact, the megillah begins at a banquet.

And it came to pass in the days of Achashverosh the same Achashverosh who ruled from Hodu to Cush, one hundred and twenty-seven provinces.  In those days, when King Achashverosh sat on his royal throne, which was in Shushan the capital,  In the third year of his reign, he made a feast for all his ministers and servants; the army of Persia and Media, the nobles and all the ministers of the provinces in his service. (Esther 1:1-3)

Actually, the goal of this first banquet was not to eat or to feed, though there was a great deal of food and drink available. The goal was to show off the King’s wealth and through that, his power.

For many days, one hundred and eighty days, he displayed the glorious wealth of his kingdom and the splendorous beauty of his majesty. (Esther 1:4)

At the end of the first 180 day banquet, Achashverosh made another one, for seven days, to which he invited the people of Shushan, including the Jewish community.

There are many many commentaries who say a million different things about these banquets. Some say there was kosher wine, but non-kosher food, some say both were kosher, some say neither were. Some say the Jews came, but didn’t eat, others that they came and did eat. Some say that the leaders of the community, the Sanhedrin, left the city so that they wouldn’t be forced to go to the banquet. Others say that they came to the banquet. There are only two issues that everyone agrees on:
1) Mordecai – though a leader of the Jewish community AND an advisor to the king – did not go to the banquet and 2) The Jews should not have gone, regardless of kosher food, kosher wine, the invitation of the king etc.

What was the banquet for? Again, there are several different answers. Some say it was a celebration of the Achashvarus’s marriage to Vashti. There is actually a halacha forbidding a Jew to go to a non-Jewish wedding celebration. Some say, because Achashverus was not born into royalty (his father conquered Babylon and his mother was the daughter of the King of Meade, but that doesn’t count) it was an excuse to show off his wealth and thus show how strong the king was, despite the lack of pedigree. Many say it was to celebrate the end of the 70 years, in which it had been prophesized that the Jews would return to Eretz Yisrael. Just about all agree that the vessels at the banquet were from the Holy Temple of Jerusalem. This, of course, is an intentional slap in the face to any Jew. But, afraid of showing disrespect to Achashverus, and hoping to curry favor, the Jews, except for Mordecai, attended the banquet. It didn’t exactly work to the Jews’ benefit however. As a ‘punishment’ to their attendance at the banquet, Haman gained power and set out to exterminate the Jewish people. But more on that in a minute.

Redemption is on its way.

And the king loved Esther above all the women, and she obtained grace and favour in his sight more than all the virgins; so that he set the royal crown upon her head, and made her queen instead of Vashti. Then the king made a great feast unto all his princes and his servants, even Esther's feast; and he made a release to the provinces, and gave gifts, according to the bounty of the king. (Esther 2:17-18)

This banquet is notably different from the others we just read about. First, only the king's ministers and officers are invited, not the entire city. According to Chazal, it was Esther who convinced the king that, rather than invite all to a party the common folk could ill afford (clothes, bus fare, babysitting all costs money), he should instead, says Esther, give gifts to the people so they could make their own parties. And he did. He also cancelled all taxes for the year.

The next two banquets are given by Esther, with only two guests – Achashverosh and Haman. Plying them with food and drink – of which Esther did not partake as she was still fasting – she softened them, getting them to let down their defenses so that the King would be more inclined to grant her wishes, and Haman would be put off guard.

Chazal say that the Jews' participation in Achashverosh’s 70th anniversary/wedding banquet was what brought about their near-annihilation. On the other hand, Esther’s banquets brought about their redemption. It turns out that banquets are much like the internet; depends what you do with them.

If you use banquets or gifts or food or social status to try and fit in, or get on the right side, it’s not going to work. Trying to blend in never works. Trying to be more Persian than the Persians only resulted, as it always does when one goes against the Laws of G-d, in the opposite of what was hoped.

In between all the banquets, there is another mention of food – actually a lack of food; Esther’s request to the Jews to fast for her before she goes to see the king and ask him to rescind the order to murder her people. To atone for the sin of eating and celebrating with non-Jews, we have to not eat. Fasting, in Judaism, is a way of penance, a way of averting a heavenly decree.

Go, gather together all the Jews that are present in Shushan, and fast ye for me, and neither eat nor drink three days, night or day; I also and my maidens will fast in like manner; and so will I go in unto the king, which is not according to the law; and if I perish, I perish. (Esther 4:16)

Contrary to popular belief, Esther was not asking to fast to save her life. Chazal say that Esther asked for three days of fasting to atone for her three sins. The first was the death of Hatach – who was the prophet Daniel, and was killed by Haman when Haman noticed that he and Mordecai were talking. The second sin was that in going to the King on her own volition, Esther would have to submit to him willingly, whereas until now, she had been an unwilling queen. The third sin was that she was afraid that in going to the King on her own, she might be put in a positionwhere she would have to eat non-kosher food. Esther put the possibility of eating non-kosher food in the same category as being responsible for murder, and marrying a non-Jew.

One of the reasons behind the laws of kashrut (not that we are to try and reason halacha) is to separate Jews from non-Jews. I understand that this is politically incorrect to suggest, but according to Halacha, Jews are simply not to mingle socially with non-Jews.

Haman had it right when he said: There is a certain people scattered abroad and dispersed among the peoples in all the provinces of thy kingdom; and their laws are diverse from those of every people; neither keep they the king's laws. (Esther 3:8)


Haman said this like it was a bad thing, continuing with: therefore it profit not the king to suffer them, but he was, nonetheless, right. The Jews are meant to be live alone, away from other people.

Here’s the thing to remember, and the point of all this rambling.

In unity, we are invincible.

We see, from the Megilla, that when we, united, don’t eat, i.e., Esther’s fast, we can overturn the harshest of decrees.

If we can do that by fasting, imagine what we can do by eating. Therefore, Esther and Mordecai make sure that all future generations would be bound together by creating the holiday of Purim, where three of the four mitzvoth of the day have to do with food in a day of joy and celebration.

Holy food gives us strength. It unifies. And unity must be our goal. Only in unity can the Jewish nation succeed, in whatever sphere, whether it be militarily, or economically, or spiritually. Fractured, divided, we have no chance. United as a people, even if one eats gefilte fish, and one eats malawach, we are unbeatable.

Every time we share a Shabbat or holiday meal with others, or invite people to share a simcha, or give so others who don’t may have enough food, we are contributing to the unity, the solidarity, the harmony of the nation, and ultimately, to accelerating redemption, במהרה בימנו. 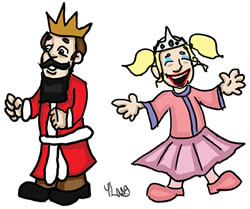 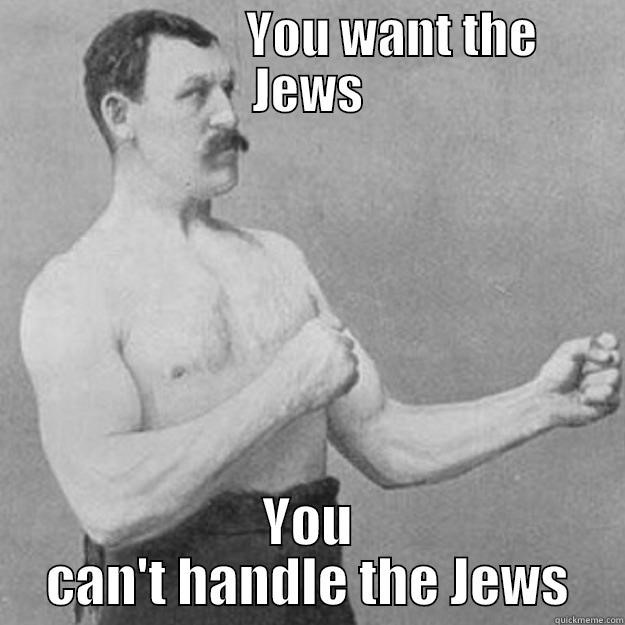 Posted by Reesasworld at 9:19 AM