I know a lot about cars, man. I can look at any car's headlights and tell you exactly which way it's coming.
- Mitch Hedberg
I have been driving a car since I was 16 years of age (five years ago). I got my license in the dead of an Old Country winter. I was assured that, if I could pass the test under those conditions, I would have no problem driving under any conditions, which has proved to be more or less true. 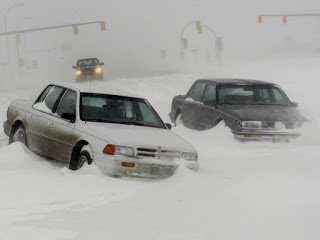 Beer Sheva’s winter is not a shadow of a shadow of an Old Country winter; though sandstorms are dirtier than snowstorms, you still never have to plug in your car.

I am the main driver in our family. I take the car daily to work, do most of the errands, and chauffeur those who need chauffeuring. The husband uses it occasionally in the evenings and on Fridays, when he fills the car with gas. They used to give out free newspapers with a fill-up so he would wait for Fridays to get the bigger weekend paper for free. They stopped giving the papers out for free, but the custom remains, much to my delight.

You see, I don’t much like driving. “Just close your eyes and drive”, my friend D once advised me, which is more or less what I do. But my dislike for driving is NOTHING compared to my dislike of actually taking care of the car; much like comparing Beer Sheva and Old Country winters.

And so, it was with a certain amount of dread that, this morning, I took the family car in for its annual test.

I don’t know what it’s like in other countries, but here in the Holy Land, every motor vehicle is required to be tested for road worthiness once a year. The test includes checking window wipers, lights, brakes, the steering system, and gas emission. (They used to check to make sure you had some sort of receptacle for garbage, but they don’t anymore. That was the only part of the test I aced.)

I can’t imagine what the roads would be like if the cars weren’t tested.

The whole thing takes about 15 minutes, not including registration, payment, the clerk’s conversation with her grandkid, the tester’s cigarette breaks, the other tester’s meeting with his friend from back home whom he hasn’t – apparently – seen in decades, the guy who cuts in because he’s REALLY IMPORTANT, and waiting in the wrong line.

I drove into the test area at precisely 7:42 AM. I figured that if I went early, I would have less of a wait. There is, obviously, no parking lot there (you're supposed to test the car, not park it!) so I left the car next to a mound of mud, took the necessary papers with me and went to register and pay for the test. That done, including the requisite oohing and ahhing over the cute grandkid, I deftly maneuvered the car around the pile of mud (maybe that was part of the test?) and drove slowly to the area of the first platform.

Unfortunately, they had moved the platform. I sat in my car waiting to be noticed but, in reality, was actively ignored. Eventually, some other customer took pity on me and waved me into the correct line. A few minutes later, the tester began barking orders at me. This first part was to check that the lights and wipers all work properly. I’ve done the test many times and know the words in Hebrew. I was fairly confident that I would handle this part easily.

"Visherim"[1]!! he yelled. I obediently switched the window wipers on and off. They worked. "Vinker"[2]! came the next command. I switched on the left-turn signal. "NO! the other one! I'm standing here!" I quickly clicked the windshield wiper. Then I put on the headlights. Then the wipers again, and finally hit the right-turn signal. He waited patiently. Nodding at my right-turn blinker, he crossed to the other side of the car. "Vinker", he hollered. On went the wipers, followed by the right-turn blinker. "I can do this", I said to myself, took a deep breath and switched off the air conditioner I had erroneously switched on, and then, finally hit the correct light. I've always had trouble telling my left hand from my right.

He went to the back of the car. "Breksim[3]!!!" I stood on the brakes. That one I could handle. "Rrrrreverrrs[4]!" I switched to reverse. The lights, thankfully, were all working.

One more command then came at me from nowhere. "Tzofarr[5]!" And then it happened. My brain completely froze and refused to translate his heavily accented word into anything comprehensible. I blinked. "Tzofarrrrr!" he shouted again. I blinked again. He smiled slightly. "Beep beep", he said more softly. Ah. A slight thaw, and I merrily tooted my horn, and headed off to the next platform.

This next platform was to check the brakes. The testee (me) is required to drive onto two planks suspended over a pit, in which a man stands. This is the part of the test that absolutely gives me the heebie jeebies. I am positive that, one day, I will cause my car to fall off the planks and plummet onto the head of man beneath.

The tester (who stood on solid ground) beckoned me with his hand. "Od, od, od (More, more, more)", he urged, as I crept forward inch by inch. Finally, he signaled enough and I slammed on the brakes. "Nootrul"[6], he shouted at me. I switched from drive to neutral. "Bli (without) breksim!" Terrified the car would plunge into the bottomless pit beneath me, I slowly eased my foot off the breksim, er, brakes, as requested.

A minute later, came the command "hendbreks"[7]! I grabbed the handbrakes, but the stick slipped out of my hand. I grabbed again, still careful not to move too much so the car wouldn't descend into the depths, crushing the man waiting patiently underneath my car. I managed to hold onto the brakes, but it wouldn't engage correctly. Another deep breath, and third time lucky. "Ok", said the tester, beckoning me to creep forward a meter. The man in the pit beneath stood waiting for me. I released the hendbreks slowly, and, careful not to move my body in any direction, eased the car forward.

The tester, observing my pale face, clammy hands, and frozen brain, finally felt sorry for me. He reached in the car and grabbed the steering wheel, jerking it first to the right and then to the left, quite hard. The first thought I had was "the man below is going to die", and the second thought was "he must think I'm an idiot". I was half right. In the meantime the man below was checking something under the car, I suppose the bekeksl[8] or maybe it was the bekeksl kidmi[9].

The final segment of the test was for gas emission. After waiting for the guy to finish talking to his long-lost landsman, my car was hooked up to some machine, which measured stuff. I just had to sit there with my foot on the gas pedal, and, lucky for me, not move.

Test over, and passing with flying colors, I reparked the car next to the mound of mud, and went back to the office to exchange the test papers for a diploma.

The whole thing took 35 minutes; 35 minutes of my life, which I will not get back again.

Finally arriving at work a half an hour late and explaining why, every single other woman - every. single. one. - said, "oh, I make the husband take the test. I never go."

I didn't really understand that. After all, they are all native Hebrew speakers, so the language wasn't a problem for them.

Of course, they never learned to drive in an Old Country winter. Everything comes easy after that. 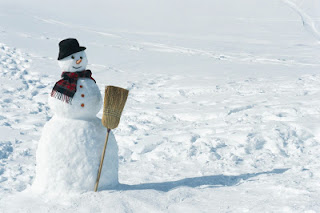 [1] Visher is a bastardized rendition of the English word ‘washer’, which is what window wipers are for (Visherim is the plural form).
[2] Vinker is a bastardized rendition of the English word ‘blinker’. In Hebrew, the B sound and the V sound are made by the same letter (bet ב) and are interchangeable. The L is left out because it’s almost impossible to say an L after a V. Vinkerim is the plural form.
[3] The plural form of Hebrew nouns is 'im'. So breksim, in fact, is the plural of the plural and means brakeses.
[4] Reverse in English, but only used in the context of vehicle. You would never use the word rrrreverrrz in a sentence such as “the reverse is also true”. There, you would say HaHefech.
[5] I actually knew this word. Tzofar is a bastardized rendition of the Hebrew word shofar (ram’s horn) – the thing we blow on Rosh HaShana.
[6] Nootrul has morphed from being a word used only in the context of gears, to being a verb used in the context of law enforcement and is a verb, i.e., the terrorist has been neutralized – or in Hebrew – me’nootral.
[7] Logically, the Hebrew should be Hendbreksim, but, strangely enough, it's not.
[8] bekeksl - in case the reader hadn't figured it out - is a bastardized rendition of the English word back axle.
[9] Kidmi is the Hebrew word for front. Therefore, bekeksl kidmi means the front back axle.

Posted by Reesasworld at 5:35 PM