A Wake Up Call

We are stuck with technology when what we really want is just stuff that works.

According to legend, the 18th century Englishman Ned Ludd (aka Ned Ludlam aka Edward Ludlam) destroyed two modern knitting frames to protest the human price of progress. He was determined to keep to the ‘old ways’ and refused to accommodate ‘new-fangled contraptions’. Since that time, a Luddite has come to mean any opponent of industrial change or innovation

I can proudly say that I have never been a Luddite. My mother was the first of her friends to buy a microwave, and I was the one who read the manual and was able to warm up my own hot chocolate long before anyone else on the street.

I knew how to program a VCR, back in the days, to come on every day at the same time.

And today, I am especially proud that I can click and double click as fast and as accurately as anyone.

But cellular phones, for some mysterious reason, have eluded me.

In Israel, there are approximately 9,964,000 cell phone users. In a country of just over eight million, that’s…. well…. a lot. Everywhere you go, people are talking on their phones, watching movies, and playing Fruit Ninja. People seemingly talking to themselves, dancing to silent music, or just staring madly at their devices can be spotted in elevators, in supermarkets. in schools, on the roads, at clinics, at the supper table,

I was the last in my family (besides the then-3-year-old) to get a phone.

At first I walked around with a MANGO.

It was as big as about 3 real mangoes and we had bought it when my husband started to do army reserve duty and I was pregnant. It received calls, but you could only dial out to one number. There was a feature that you could use a ‘calling card’ and by punching in about 72 numbers and then the phone number you wished to call, you could reach more people. The only problem was that by the time I punched in 135 digits, either a) I’d forgotten who I was calling, or b) it was the next day. When I was tired of being laughed at every time I hauled the MANGO out of my bag, I took an old discarded cell phone that didn’t have SMSs, or a SIM card. That one didn’t last very long either. I finally took ownership of my oldest kid’s cast-off model when she upgraded. (I got her phone number too, and to this day, I receive messages and calls from her friends around Rosh HaShana time, wishing me a Happy New Year. It’s lovely.)

That model did have a SIM and SMSs, though no camera. It had a memory that held about 10 phone numbers and six messages. It lasted a little while, until the buttons began to stick and I couldn’t punch in the number 5. Do you know how many phone numbers have a 5 in them? All of them, that’s how many.

I finally broke down and bought a little flip-open cell phone. I loved that phone. It was small and compact and fit in my pocket. It came with: a) a camera (though I couldn’t actually do anything with the pictures as there was no USB connection or, obviously, internet connection), b) a memory big enough to compensate my lack of one, c) a two click function to actually make a phone call, and most importantly d) the ability to make me feel like I was on Star Trek every time I flipped it open (unfortunately, my constant flipping and saying in my best Captain Kirk voice while holding the phone close to my mouth “Scotty, beam me up” was completely lost on my uneducated children. They would just say “Mom, don’t hold the phone so close, I can’t understand what you’re saying). The phone also made me feel technologically adequate enough to remain a non-Luddite.
That phone lasted a long time. Though I spoke nicely to it and fed it and tucked it in at night, it finally gave up the ghost about six months ago and went to live in cell phone heaven, which is actually a drawer in the kitchen where small old non-usable gadgets congregate for some reason. At night, they probably exchange recipes and talk about the good old days. 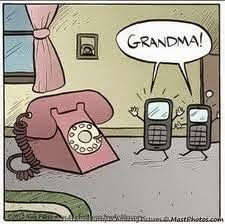 As a stop gap, I used an old, but still usable, cell phone that used to be my son’s, daughter’s, mother-in-law’s and nephew’s. It wasn’t a good phone; it was all banged up, it took 5 buttons to make a phone call, and, most importantly, I emphatically DID NOT feel like James Kirk while using it.

I began, finally, to think of getting a smart phone.

The first step was to do research: find out which phone was suitable to my needs. This involved asking family members “what phone should I get? I got the same answer from everybody: “take mine, I was going to upgrade anyway.”

But I stood fast, did not take anyone’s hand-me-downs, and went out (dragging the expert who actually knew what he was doing) and bought myself a brand new 2nd generation mini smartphone, which turned out to be not as smart as it looked.

In many places in our Holy Torah, the narrative suddenly shifts scenes and begins a completely different story, and then, that completed, returns to the original story. A classic example is the story of Yehuda and Tamar, which breaks off the story of the sale of Yosef, leaving Yosef to slavery in Egypt (about which we read  just a week or so ago). This is to teach us some relevant lesson of taking responsibility and manning up to mistakes and rectifying them.

So this is my scene shift, lesson learning story:

When I was a kid, about 10 or 11 years old, I wanted to go away to camp. All my friends went to camp, but I was unlucky enough to belong to a family that took car trips around the North American continent seeing such sites as Yellowstone National Park, Cape Kennedy, and Disneyland. Poor me. Every year, I would ask to go to camp crying why can’t we be more like other families and feeling very sorry for myself. One year, we weren’t able to go on a month-long car trip, so my parents sent me to camp. I was there for about 23 minutes, maybe less, when I realized that this really wasn’t for me and thought about walking the 100 miles home. (I didn't. I managed to stick out the three weeks and have a pretty lousy time.)

I’m sure you can guess where I’m going with this.
In case you don't it's: Be careful what you wish for.

I’m not whining. I own a smartphone. What could be bad??

I joined the ranks of those glued to their phones, engaging in communications with people all over the world.

Except:
Nobody will pose for a picture.
I can’t seem to find any good music to download, and when I ask for help, they download their music (and I still have to clean the kitchen).
Who am I kidding? I can’t see movies on that itsy bitsy screen.
I find that, while I can wildly text and pretend to look important while walking down the street, I don’t actually miss the light poles.
I don’t like cats.

But the worst part of the phone (and it’s a LOVELY phone, really, I’m not whining) is that my fingers are apparently too burly/solid/hefty/fat.

The first app (see, I know the lingo) I downloaded was whatsapp. Or, as I type it on the phone, wjatsioo.

This was my first message: Ho gyys. In pn wjatsioo tpp!

The hours my face glow in the reflected light of my 2x5 cm screen are spent typing out one message over and over until I get it right:

Are you coming Shabbat?

And then I send it to the wrong person.

I hope the electrician isn’t vegetarian. 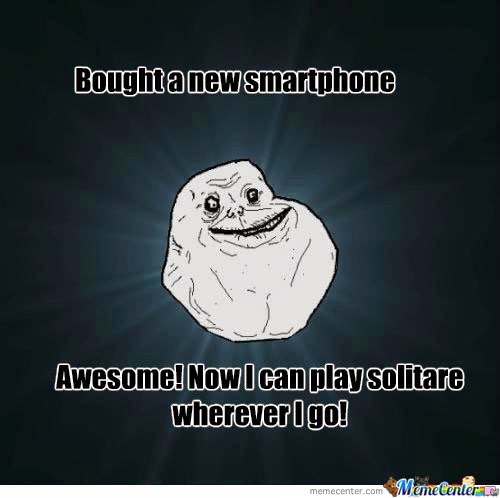