The Lime of My Life

A friend never defends a husband who gets his wife an electric skillet for her birthday.
Erma Bombeck

Cooking is among my top 287 things to do, just above waking up in the middle of the night to swat mosquitoes, and just below holding a poopy baby.


Actually, cooking and I have a very complicated relationship, mostly because I love to eat. I’ve met women (it’s always women) who utter such gibberish as “I forgot to eat lunch” (Whaaaaa? That’s like forgetting to breathe. I forget my kids’ names, birthdays, and genders more than I could ever forget to eat. Of course, I forget their names, ages, and genders more often than I forget to buy parsley, which is always), or “I don’t know why, but I’m just not hungry. Ever.” (Some people are meant to be put out of their misery. Early and fast.)

When I was a kid, my mother would allow me (under strict supervision) to ‘help’ her in the kitchen. This help usually meant grinding nuts and washing dishes. When I was a bit older, I would take advantage of any absence of my mother – usually when she went food shopping, which, because of my and my siblings’ love of eating, was fairly often – to quickly burn some pans and fill up the kitchen with smoke. This did not endear me much to my mother, who would usually banish me from the kitchen, if not from the house completely, and I would then have to take refuge in my basement lair, aka my bedroom where I would dream of what's for supper.

I did a bit of cooking when I was in University because my mother was not around. But the kitchen in the dorms – shared by about 50 girls, none of whom had their mother around – was the size of a card table (folded) and was not exactly conducive to elegant cookery. Also, any food left out for more than 15 seconds was stolen, usually by the boys who also didn’t have their mothers around. Of course, my food was safe after the first time when it was returned with a note: ‘OK, you got me! Good one!'.

It was only when I got married that I began to cook for real. My new husband not only worked 15 hours a day, but thought that salt was an adventurous spice and pepper(!) was really out there! The cooking – if I wanted to eat, which I did – fell to me.
I took my responsibilities seriously. I looked up recipes in cookbooks. I did the shopping carefully, looking for bargains. I tried new foods, new spices, new combinations, new taste sensations! However, my enthusiasm was dampened pretty early on. First, as previously noted, my husband worked 15 hours a day, coming home well after I was already starving and not caring what was on the table. Second, he was a bread eater. Before he ate any ‘real food’, he would partake of three or four slices of bread topped with butter and cream cheese, yellow cheese, or Marmite (shudder). Then, he wouldn't have much room left over for the main course. He ate bread with everything; vegetables, pasta, casseroles. He would stick a piece of bread into a pita, or just eat a bread sandwich.

Once the kids were born, enthusiasm dropped even further, because they ate, well, nothing. Really. Some kids are picky eaters, I understood that. But my kids seemed to be non-eaters. They didn't eat fruit, vegetables, cereals, meat, poultry, or dairy products. Nary a cornflake or cheerio crossed their lips. They didn't eat pasta, soup, or mushed up apples, not juice, fish, or beans.  No humus, or raisins, or jam. Not even Marmite.

But, of course, they had to eat something, or they would have died, right? Everyone (my mother) assured me that as soon as they were hungry enough, they would eat.

It turned out that they were secret eaters. They were actually consuming vast quantities of mud, leaves, pen tops, Barbie doll heads, Fisher Price people, and, their special favorite, elastic bands. 'Chewy', they would say when asked why they were eating elastic bands. 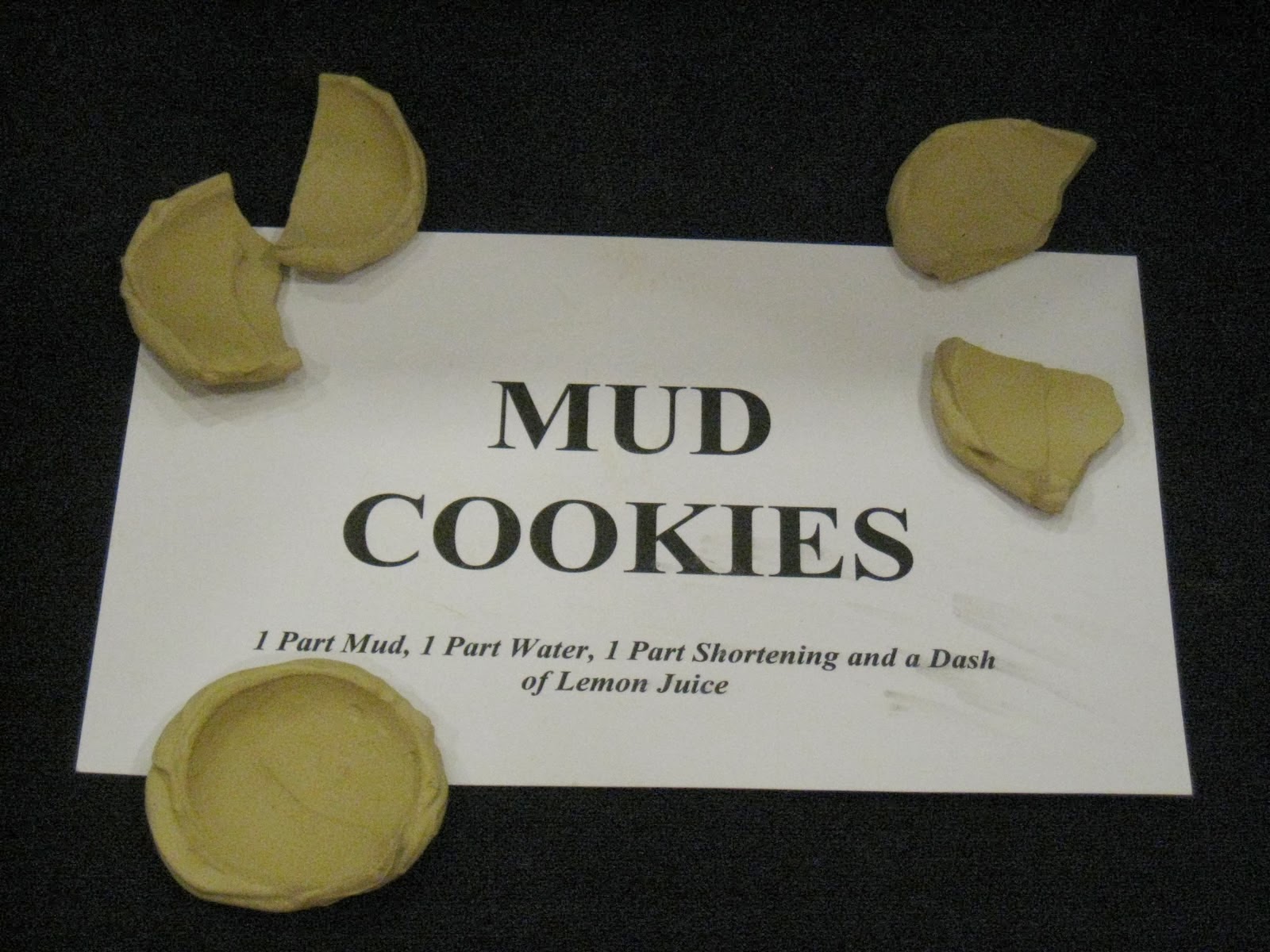 Whatever; my cooking enthusiasm waned.

Other family members didn't help. One close family member ate, – in contrast to my kids – well, anything that was put in front of him. He would have no idea what he was eating. I could (and did – using the kids' leftovers) put a bowl of mud with live worms in front of him and he would dive in. “Chewy” was all he’d say. 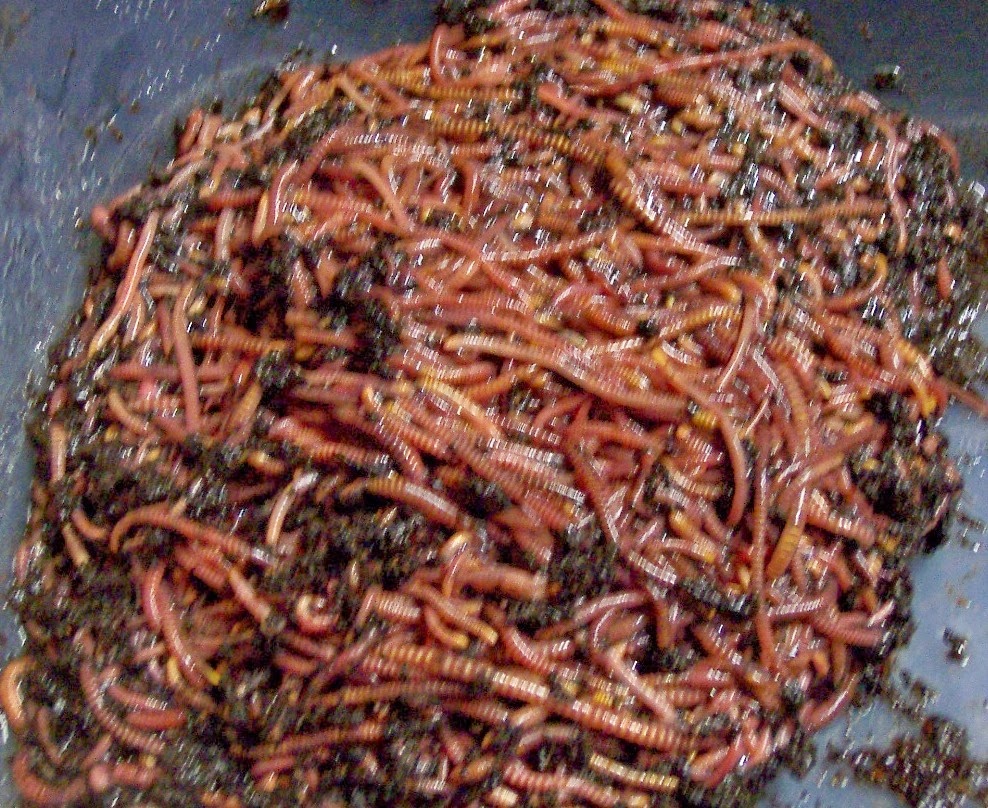 On the other hand, his wife was a somewhat picky eater. “Don’t go to any trouble”, she would tell me, “I eat anything”. Except broccoli. And cauliflower. And chunky soup. And unpeeled fruit and vegetables. And peeled fruit and vegetables. And fried onions. Oh, and salted pickles. And chicken breasts, which she sure is delicious but are really too dry for her. And sushi, spicy food, grapefruit, squash, and cola. And gazpacho is not her cup of tea. (‘Of course it’s not your cup of tea’, I once pointed out to her, ‘Your cup of tea is in the tea cup next to you. That’s gazpacho’. I suppose I don’t blame her for not liking me very much.)

Already dampened and waned, my enthusiasm came to a screeching halt.

Cooking and I just didn't get along anymore.

Which is why, I have to admit, I was less than delighted to be invited to a ‘Cookbook’ party by my good friend B. I like parties, and I love B, so I said I would go despite the fact that a poopy baby somewhere needed to be held.

The idea of a cookbook party is that all the invitees bring a dish chosen by the hostess from a particular cookbook. This way, you can try out several recipes from the cookbook without actually cooking them all and see if you want to buy the cookbook. Isn't that a lovely idea?
It also meant that I was going to have to make an untried dish and serve it to other people none of whom were related to me.

The dish chosen for me was "Raw Root Vegetable Salad" made with fresh, uncooked root vegetables.

"To get the look of this salad, you have to use a mandoline to slice your veggies paper thin, or as thin as humanly possible."

Great.
Now, not only did I have to look up what's a root vegetable (don't all vegetables have roots??), I had to look up 'mandoline'. I always thought it was a kind of instrument (like a bouzouki or a lute), or was it the former president of South Africa?

I continued perusing the recipe. (Isn't peruse a lovely word? My friend A taught me to use that word in everyday speech. It means read, but why use a simple word when I can look vastly more educated and snootier by using words nobody uses ever? I'm practicing.)


Armed with a lime-free raw root vegetable salad that was bleeding beet juice all over my shoes (“Who’dja kill”? asked my husband when he saw the beet-splattered counter top. “The woman from work who forgets to eat”, I answered placidly. It turns out that a lute doesn't cut vegetables very well), I set off to B’s house to meet the other women bringing the other food.

One by one, the women arrived with their offerings. Eggplant caviar, three-colored humus, rice with basil and apples, citrus chicken wings, carmelized fennel chicken and a beautiful cranberry and rosemary flavored challah were just some of the delicacies on the groaning table. Even though I don't know what carmelized means, and beet juice seemed to be flowing freely, the meal was superb. The table looked elegant, the wine was marvelous, the company peerless, and the conversation erudite.

Dessert was cake. Of course it was cake. Julia Child, a famous chef and author of many cookbooks, and an obviously very wise woman once noted: “A party without cake is just a meeting”.
The cake was 'sweet potato something something cake' and though it was truly delicious, sorry B&E, cake with vegetables in it - unless the vegetable is the cocoa bean - is not the same.

Despite the lack of chocolate cake, the evening was wondrous.

This is what I learned:

So, while my enthusiasm for cooking hasn't improved, my overall enthusiasm has.

I don't know really how to end this blog, so I'll end with this, dedicated to all my extraordinary, life-affirming sistah friends (you know who you are - you're reading this, aren't you) (oh, and my real sisters too):

You and I are sisters. Remember, that if you fall, I'll pick you up. As soon as I finish laughing.

Posted by Reesasworld at 4:21 PM