Should I weep in the fifth month [Av], separating myself, as I have done these so many years?
Zechariah 7:3

Now that the heat of the summer has set in, it’s time to take stock of this past winter.

It’s been a hard winter.

It started with a war. More than 1500 missiles were launched against , 176 on Beer Sheva. My two sons were called up to fight. My youngest son’s dormitory room was bombed. I was afraid to go outside.

A month after the war ended, my daughter-in-law went into early labor, and gave birth to a boy. He weighed less than 2 kg (about 4 lbs). She gave birth in Jerusalem, right at the beginning of the worst snowstorm has seen in years, if not decades. We couldn't go visit. We couldn't help. I worried myself sick.

A month after that, my daughter became Bat Mitzvah. It was so much work. I fed the freezer for a month, not to mention cleaning and putting in order our basement so people could sleep there.
A month after that was Pesach. Again the hordes came to visit and be fed. By the time Pesach was over, I was so tired, I didn’t even have the energy to cry.

During all this, my soldier son was stationed in RamAllah, then , back to RamAllah, then up to the Syrian border where he is now watching from above the fireworks and the slaughter taking place below.
My youngest child was getting picked on in school.
My youngest son was having a hard time adjusting to life after high school.

I think I got about 5 hours of sleep in 6 months.

But now that I’m thinking about it , there were some good – even amazing –  moments during this past winter.

It started with a war. 176 missiles were shot into Beer Sheva with no fatalities. We were blessed with friends and family who called, wrote, and messaged their support and love. Most importantly, we were privileged to be witnesses to an endless stream of G-d’s miracles; missiles that landed in empty fields, on empty houses (and empty dormitories), outside of town, or were shot down by the Iron Dome. And we were privileged and blessed to have sons protecting us.

A month after the war ended, my daughter-in-law went into early labor, and gave birth to a boy. He weighed less than 2 kg (about 4 lbs). She gave birth in Jerusalem, right at the beginning of the worst snowstorm  has seen in years, if not decades. We were not only blessed with winter rains to fill up our lakes and underground aquifers, our rivers and streams, and water our gardens and trees, we were also blessed with a beautiful, healthy (albeit small) baby with blue eyes and a terrific smile. He took my breath away from the very first second we saw him. His brit milah and pidyon haben were on the same day, and the family gathered together for the two simchas at the same time. What a glorious day that was! Blue skies and my laundry finally dried.

Two weeks after the brit/pidyon haben, my daughter became Bat Mitzvah. I had fed the freezer for a month, so there wasn't much cooking to do at the end. The family came together to celebrate, including grandparents and an aunt from abroad. My daughter was beautiful; my other kids got together to make her a video she’ll never forget, and even the food came out OK. (The freezer groaned in relief afterwards.)

By the time Pesach came, a month later, the freezer was restocked, the house was clean and again we able to host family members and visitors from abroad. My kids were privileged, again, to celebrate the holiday with their grandparents.

In the midst of all this, I was aware of being blessed by having:
A son who is serving his country with pride, courage, and love;
A daughter who graduated elementary school and is very excited about commuting to a different town for junior high;
A son who spent a year learning Torah and making new friends;
Another daughter who has completed a diploma – with honors – in architecture and is planning on studying for a Masters in urban planning;
Another son and daughter-in-law who have just moved back to town with the most gorgeous baby in Beer Sheva.

What exactly was I complaining about?

When the architect daughter was about three or four years old, I remember taking her and her baby brother for a walk. As we passed a patch of weed-choked ground, I remember thinking “someone should do something about all these thistles and weeds. It’s unsightly”. My amazing daughter, however, said to me, “Mom!!! Look at all the flowers!!”

Rosh Chodesh MenachemAv, which begins tonight, is the only Rosh Chodesh on which one is allowed to fast. It is the only time in the year that one can say Hallel and fast. This is because, while the other eleven Rosh Chodesh are considered  festive days, Rosh Chodesh Av ushers in the ‘Nine Days’ culminating in Tisha B’Av when we commemorate and mourn the destruction of our Holy Temples, the first by the Babylonians and the second by the Romans.

Rosh Chodesh Av, like our lives, is a dichotomy. Do we celebrate, or do we mourn? Can’t we do both?

How hard is it to do both?? Without feeling guilty about one or the other?

After my daughter pointed out the flowers, it was hard to see the weeds for what they were; weeds that were killing the grass. And the weeds had to be taken care of – even as we enjoyed the flowers.

I’m never going to pretend that during this past winter I never worried, or never cried, or never felt unappreciated. I’m not going to claim to have slept well. There was a war. My boys were in danger. My daughter cried at school. The dishes never ended!!

But the blessings and the miracles were there too. It’s up to us to recognize them, and to celebrate them.

Again it happened that Rabban Gamliel, Rabbi Elazar ben Azaria, Rabbi Joshuaand Rabbi Akiva went up to . When they reached , they tore their garments. When they reached the , they saw a fox emerging from the place of the Holy of Holies. The others started weeping; Rabbi Akiva laughed.
Said they to him: "Why are you laughing?"
Said he to them: "Why are you weeping?"
Said they to him: "A place [so holy] that it is said of it, 'the stranger that approaches it shall die, and now foxes traverse it, and we shouldn't weep?"
Said he to them: "That is why I laugh. For it is written, 'I shall have bear witness for Me faithful witnesses--Uriah the Priest and Zechariah the son of Jeberechiah.' Now what is the connection between Uriah and Zechariah? Uriah was [in the time of] the , and Zechariah was [in the time of] the ! But the Torah makes Zachariah's prophecy dependent upon Uriah's prophecy. With Uriah, it is written: 'Therefore, because of you, shall be plowed as a field; [ shall become heaps, and the like the high places of a forest.] With Zachariah it is written, 'Old men and women shall yet sit in the streets of .'
"As long as Uriah's prophecy had not been fulfilled, I feared that Zechariah's prophecy may not be fulfilled either. But now that Uriah's prophecy has been fulfilled, it is certain that Zechariah's prophecy will be fulfilled."
With these words they replied to him: "Akiva, you have consoled us! Akiva, you have consoled us!"
Talmud, Makkot 24b
May we all merit Rabbi Akiva’s laughter and witness, quickly and in our time, the rebuilding of our and the redemption of our people. 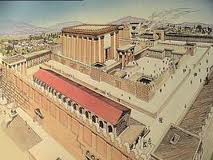 Posted by Reesasworld at 5:58 PM

great post - hugs and more hugs, for the good, the bad, and the mixture of the two

hi reesa. thanks for putting this out here. you have very succinctly expressed the mystery: how can it be that it's so hard to be the recipient of such rich blessings? there are three true stories here: the exhausting one, the gratitude-filled one, and the untold, raw-details one. i think that the word nehama hints at the relief provided by switching narratives.

This blog post has been included in Shiloh Musings: Nine Days' Havel Havelim, What to Read Online.  Please visit and of course share and read & share all of the other posts included in this edition.  If you haven't already, you're welcome to join the Havel Havelim jblog community.
Shabbat Shalom u'Mevorach
May you and your dear ones enjoy a very blessed and peaceful Shabbat.