You have not lived today until you have done something for someone who can never repay you.
- John Bunyan
Be kind whenever possible. It's always possible
- the Dalai Lama

Today started like any other day. I woke up early, threw some laundry into the machine, drank some coffee, played soduka while drinking coffee, and then got into my car to go to work at the local University. The earlier I get to work, the earlier I can leave, so I like to get there nice and early.

It's about a twelve minute drive. Three minutes in, I noticed that the side mirror on the passenger side of the car was pushed in, and I couldn't see behind me. At the next traffic light, I pulled up the handbrakes, undid my seatbelt, rolled down the passenger window, leaned over, and fixed the mirror. All before the light changed back to green. Yay me! But (there's always a but, isn't there....) before I could get my seatbelt back on, and get the handbrakes down, the light changed to green, and within a nanosecond the hooting began. It's possible that the hooting began even before the light changed.

This is Israel, the land of prophecy, and it's entirely possible that the guy behind me knew in advance that the light was about to change.
But I digress.

And the handbrakes wouldn't budge.

I was stuck, the guy behind me furiously hooting away until he eventually wised up and scooted around me.
The light changed back to red, and the handbrakes wouldn't move.
When the light turned back green, handbrakes up, I drove slowly, with much screeching, across the street and managed to pull over. There, out of traffic, I wrestled with the stupid handbrakes for several minutes until I finally got them down.

Swearing, sweating from the exertion (I mean, I wrestled!!!), I drove to work, not arriving particularly early.

I figured that, while at the traffic light,  I had pulled up the handbrakes too fast, and something caught wrong, and it was stuck. So when I parked in the parking lot at work, I – mostly out of habit – pulled up the handbrakes again. I looked at that black piece of T-shaped plastic, and decided not to think it until I finished my six hours of duty.
Which, of course, came none too quickly and I all but forgot about the early morning's episode.

Until, of course, I started the car, and couldn't get the handbrakes down. At least I wasn't in traffic, and nobody was hooting me.
Still, I had to get home.
I struggled for about fifteen minutes. It was hot, I was out of breath, and I had long run out of swear words.

I took a breath and tried again.

I finally broke down, and called my son, who studies at the University. Maybe he was there and could come and help me.
He wasn't.
But he did offer to come and get me. I said no, I would try a few minutes longer and then take a bus. I really didn't want to leave the car at work, so I struggled, in vain, a while longer.
I felt helpless.

My son called me back.
"Are you still there? I asked my friend to come and help you. He'll be there in a minute".

Indeed, a few minutes later, a tall, blonde young man waved at me.
"I don't know what I can do," said the mechanical engineering student to me. "I don't know anything about cars."

The first hurdle was pushing the seat back because Yaniv is about twice my height. That accomplished, he got in and began fighting with the handbrakes.

I told the kid to forget it, I'd manage. He just looked at me, and said "It's no big deal, I have nothing better to do. Hold on, I'll call my dad. He knows everything."

I just stared. This was getting ridiculous. I hadn't wanted to bother my son, let alone this stranger's dad.

"Hi Dad!! What's up? Everything ok? Listen, there's this lady here who can't get her handbrakes down. Do you know what to do?"

Dad advised him to try and move the car a bit forward (with the brakes on), maybe there was something catching them. Or perhaps rocking the car a bit. Or try... The two chatted a few minutes.

We started the car, and Yaniv tried driving back and forth a few centimeters in the hope of releasing the brakes.

He got out of the car, slipped his sandals off, and lay down on his stomach first in front of the car, and then on the side to see if there was something stuck underneath.

Still barefoot, he got back in the car and tried again.

This is Israel and miracles do indeed happen.

Wide grin on his face, he got out of the car, put his sandals back on and told me I don't need to use the handbrakes at all. Beer Sheva is pretty flat.

"Are you here tomorrow? Ice cream on me, " I told him.

"It's a date," he laughed. "But really, it was nothing."
"Nothing for you, a whole weekend of headaches for me".

I got in the car, careful not to touch the handbrakes, and called my son to thank him.
"All's good," I said.

And then, I burst into tears.

Random Kindness from strangers and family does that to me.
It's how the world will be saved. 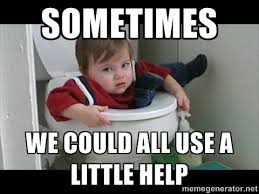 Posted by Reesasworld at 7:05 PM No comments: Links to this post