The Egyptian, the Babylonian, and the Persian rose, filled the planet with sound and splendor, then faded to dream-stuff and passed away; the Greek and the Roman followed; and made a vast noise, and they are gone; other people have sprung up and held their torch high for a time, but it burned out, and they sit in twilight now, or have vanished. The Jew saw them all, beat them all, and is now what he always was, exhibiting no decadence, no infirmities of age, no weakening of his parts, no slowing of his energies, no dulling of his alert and aggressive mind. All things are mortal but the Jew; all other forces pass, but he remains. What is the secret of his immortality?”
- Mark Twain

I recently returned from a week in Italy. It was an arranged tour, so, unfortunately, we didn’t get to see all the things I wanted to see. My husband and I managed, however, to slip off a few times, and we successfully tracked down three different shuls in three different communities, the first in Sienna (54 Jews in the community, down from 500 in the early 20th century),

The shul in Pisa is not open to the public at all due to disrepair, and apparently there is no real community there.

The shul in Florence is considered to be one of the most beautifully constructed buildings in Tuscany, and that is saying a very great deal.

We actually had to pay to get into each of the shuls because they are museums. We were also not allowed to take any pictures inside.

Displayed were Torah covers and parochets, Pesach plates and chanukiyot.

Two fun facts about the history of the Jewish community of Italy:

1. The Jewish community of Rome is one of the most ancient in the world, dating from before the destruction of the Second Temple in 71 AD. They have their own customs and way of praying that is different from any other community. They consider themselves neither Ashkenazi nor Sephardic. They are Roman.

2. The first ghetto in history was in Venice.

Touring these museums, I felt that next door should be a Viking or a Visigoth museum.

An extinct species – or at least an endangered one – is what the Jews of Europe have become.
Which, or course, got me to thinking. 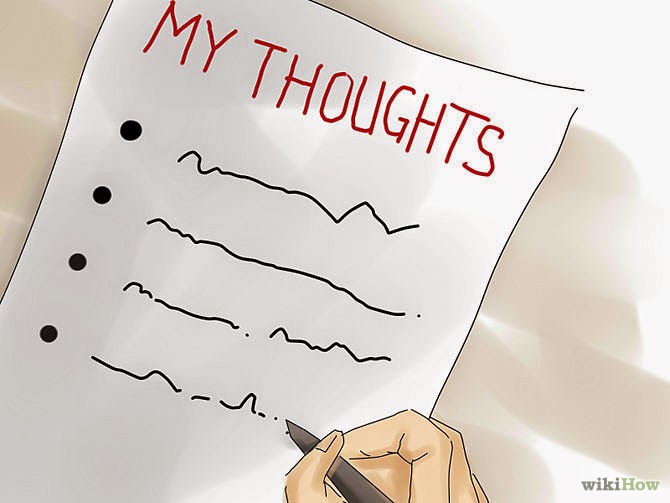 This is always a dangerous thing….

What follows is not a comparison. I’m not belittling, or saying, chas v’shalom, that what happened in Europe was expected, or ok, or foreseeable.

Rashi says that 4/5 of Bnei Yisrael did not leave Egypt at the time of the Exodus. If 600,000 men left Egypt, as it is stated, this means that about 3,000,000 men did not. There is no clear reason why they did not leave, but because we know that Datan and Aviram, who were described as wicked but Zionistic, DID leave Egypt, it has been supposed that the 4/5s didn't leave because they did not want to live in Eretz Yisrael. And while it is also not clear what happened to the 4/5s, it is hypothesized that they died during a plague that occurred during the plague of darkness.

During the Exodus from Egypt, miracles abounded: the plagues, no dogs barking, parting of the sea, clouds, winds, etc.


In recent and not so recent years, scientists and skeptics have attempted to explain these miracles in natural terms – earthquakes, fog, mud in the waters.

And we all know that getting lice is not miraculous at all. Getting rid of it, however, is.

My thinking – ever disjointed – led me to remember what I wrote on my last blog:

We know that all those events were caused by G-d as it is stated in the Haggada – as a way to remind us – “I (G-d) and not an angel, I and not a seraph, I and not a messenger.”

In the same way that G-d brought Bnei Yisrael out of Egypt, now, in the 20th-21st centuries, G-d Himself has brought us to the Land and protects us, not a messenger (i.e., the sochnut, or the government, or El Al, or Nefesh b’Nefesh) and not an Angel (i.e., the IDF; the IAF; Iron Dome; bomb shelters), and not a seraph, (i.e., anti-Semitism, Zionism, economic problems). G-d Himself wanted us out of Egypt/Europe and has brought us here to our Land.

This is where my thinking further led me:
The miracles of today should be just as obvious:
How can we doubt that it was G-d who brought us here?

Why has G-d taken us out of Europe and North Africa, both now practically empty of Jews after 2000 years? To bring us to Eretz Yisrael and live a Torah life.

There remains one more question. What is a Torah life?

Lots of people are going to give you lots of answers.

I have my own answer:

Shavuot is usually bracketed (though not this year) by Parshat BaMidbar and Parshat Nasoh.
Maybe these two stories can clarify what – in my opinion – is living a Torah life.

Parshat BaMidbar talks about the numbers of each tribe and the position within the camp.

Yissachar will learn Torah, and Zevulun will support them. The Leviim will work in the Mishkan and Asher will be businessmen. There were no arguments among the tribes about their role or their position because they knew it was ordained for the greater good of the nation.

We learn from this that today, though we don’t have tribes or camps, each one of us has a role to play within Bnei Yisrael. Some are soldiers and some are teachers. Some are farmers and some are fishermen. Some learn Torah and some support them. It is our job to learn and understand what our role is (hint; it doesn’t have to be a formal occupation like banker) and how we can contribute to our nation.

Our role, however is NOT to tell others what their role is. When we see that someone else is not fulfilling the role that we think is theirs, it is not our place to say why aren’t you doing this! You have to do that! Don’t you know anything?

Rather, our job is to fulfill our role even better, to work harder, to help another find his/her way, to show chesed to those who are lost.


In Parshat Naso, the Torah relates, in what seems a waste of space, the sacrifices of the princes of each tribe.
Each prince gives the exact same thing.
There are lots of explanations to this. But, to me, the following seems the most logical:

Now, let’s for a moment digress. Let’s say that a bunch of friends get together every day to party. The first friend serves a delicious cheesecake. The next day, the second friend will serve a delicious cheesecake with Oreos inside and chocolate chip cookies. The third friend is going to serve homemade yeast cakes and fruit salad and Bavarian tortes. Etc. etc. In other words, each friend will naturally try to top the others.

Now back to Nethanel. He sees what Nachshon has brought and thinks what he should do. He doesn't bring 150 shekel because Nachshon brought 130 or 2 bulls where Nachshon brought one. No, he brings EXACTLY the same thing. And each prince after him does the same, instead of trying to top one anotherIn this way, there was neither resentment nor embarrassment between the tribes by bringing more or less than another.

And THAT is what living a Torah life is. A life of Chesed, a life of helping others, of giving to others, being humble and trying to understand and perform our role on G-d’s earth.
For this – to live a Torah life and be a light unto the nations – is why G-d brought us to the Land.

I know this is a very long blog, but one more observation.

When we came home from Italy, (a week before Yom Yerushalayim), and as we approached Tel Aviv, I could see the city spread out below. It really looks quite lovely and very large from the sky.

Later that week, in an email (so I took it for a sign), I read the words of Zecharia: Again, proclaim, saying: Thus saith the LORD of hosts: My cities shall again overflow with prosperity; and the LORD shall yet comfort Zion, and shall yet choose Jerusalem.'

You see? They tried to destroy us, but in the end, we won.

Chag Sameach!!
Posted by Reesasworld at 3:04 PM No comments: Links to this post